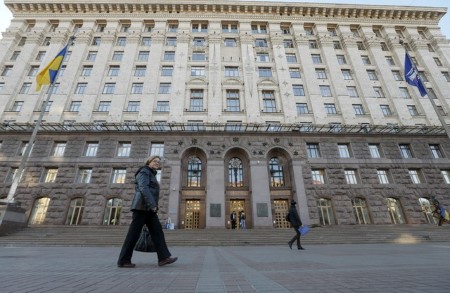 LONDON, Aug 19 (Reuters) - A panel of investors on Friday determined Ukraine had triggered a restructuring event after a two-year sovereign debt freeze, and a default insurance known as Credit Default Swap (CDS) should be payed.

The Credit Derivatives Determinations Committee (CDDC) said that its members voted 'yes' to a question to determine whether a "Restructuring Credit Event" occurred with respect to Ukraine and that a CDS auction should be held, according to a statement on its website.

The committee still hasn't decided on the timing of the auction.

There are just over $220 million worth of CDS contracts linked to Ukraine’s debt, according to Depository Trust & Clearing Corporation (DTCC) data.

Bank of America, Goldman Sachs International and JPMorgan Chase Bank are some of the committee members who voted "yes" to the question.

The country's international creditors backed last week Kyiv's request for a two-year freeze on almost $20 billion of its sovereign debt.
Reporting by Jorgelina do Rosario; editing by Rodrigo Campos and Toby Chopra