Sterling stays at one-month low despite uptick in retail sales 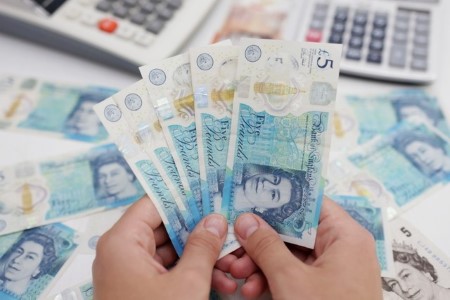 LONDON, Aug 19 (Reuters) - A surprise uptick in UK retail sales failed to lift a weakening British pound off one-month lows versus the dollar on Friday, as inflation and recession risks continue to dominate traders' minds.

Markets remain focused on data earlier this week showing inflation at the highest level in 40 years, which ramped up fears of an economic slowdown and increased pressure on the Bank of England (BoE) to bring down prices.

Those concerns are the main factor weighing on sterling this week, according to Simon Harvey head of FX analysis at Monex Europe.

"The clouds are forming and the outlook is definitely becoming a bit gloomier and that’s what’s being reflected in the price, irrespective of the retail sales," said Harvey.

"We’ve seen underperformance in gilts, higher pricing of inflation in inflation swaps, more hawkish pricing from the Bank of England expected by money markets, and this has all exacerbated the expected recession that’s on the horizon for the UK."

Money markets are now fully pricing in a 50 basis ppint rate rise from the central bank next month, according to data from Refinitiv.