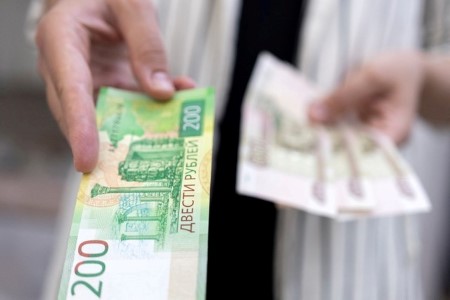 MOSCOW, Aug 19 (Reuters) - The rouble firmed to a near four-week high against the dollar in early trade on Friday, supported by month-end tax payments that boost demand for the Russian currency, while shares in fertiliser producer Phosagro surged after strong results.

The rouble is set to see support from month-end taxes that usually prompt export-focused companies to increase conversion of their foreign currency revenues to meet local duties.

Year-to-date, the rouble has become the world's best-performing currency Link as a result of capital controls that Russia imposed after beginning what it calls "a special military operation" in Ukraine on Feb. 24.

Rouble volatility has subsided after wild swings that saw it hit a record low of 121.53 to the dollar on the Moscow Exchange in March and then rally to a seven-year peak of 50.01 in June.

Shares in Phosagro PHOR.MM outperformed the market and climbed 4.4% higher on the day after the company said late on Thursday that its net profit rose by 165% in the first half of 2022 and its board recommended to pay 780 roubles ($13.18) per share in dividends.