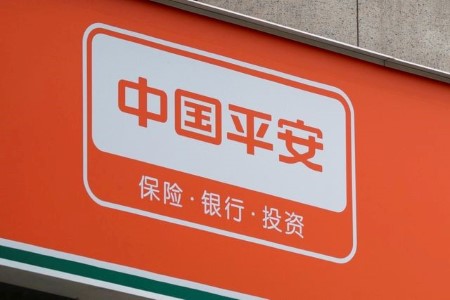 HONG KONG, Aug 24 (Reuters) - China's Ping An Insurance Group said it supported calls to restructure HSBC HSBA.L , which could include a spinoff of its Asia business, saying it cared about investment returns from its large stake in the bank but was not an activist investor.

"It is a significant investment and we've invested in it for seven years," Jessica Tan, Ping An's co-chief executive, told Reuters on Wednesday, when asked about the drivers behind the insurer, which sources have said, is urging HSBC to consider a spinoff.

Ping An 601318.SS is HSBC Holdings Plc's largest shareholder with an 8.3% stake worth around $10.3 billion, according to Refinitiv data.

"We care much about long-term returns," Tan said.

"We are not an activist investor."

Ping An's top management had not commented publicly on the HSBC spinoff call before Wednesday. The remarks show that the Chinese company does not intend to relent on its stance despite the lender's recent pushback against a break-up move.

HSBC did not have an immediate comment in response to Tan's remarks.

The London-headquartered bank, which makes the bulk of its sales and profit in Asia, came under pressure from Ping An in April to explore options including listing its Asia business to increase shareholder returns.

Earlier this month, HSBC's chairman and CEO were grilled for more than an hour on its strategy for dividends and growth during a shareholder meeting in Hong Kong that was attended by hundreds of its retail shareholders.

The stand-off with Ping An highlights the challenges facing the British bank, as it seeks to navigate geopolitical tensions between the United States, Britain and China amid criticism from lawmakers in the West over the bank's activities in Hong Kong.

Speaking to reporters at its results briefing on Wednesday, Ping An's Chief Investment Officer Deng Bin said the insurer maintains "an open and supportive attitude towards any measures, suggestions and opinions to improve" the performance and efficiency of HSBC.

"As a unit of long-term cooperation, we hope it will do better and better. What happens in the future depends on HSBC, and we support it in all its efforts," Deng added.

Co-CEO Tan said Ping An would back any proposals by investors that "support long-term value improvements" at HSBC.

So far, there have been no institutional shareholders who have backed Ping An's call, at least publicly, to break up HSBC.

A lack of a clear rationale and challenges to get other shareholders on board is preventing Ping An's proposal from being considered seriously by the market, said one Hong Kong-based financial analyst.

HSBC has said a break-up would mean a potential long-term hit to the bank's credit rating, tax bill and operating costs, and bring immediate risks in executing any spinoff or merger.

A source has said Ping An was of the view that HSBC was overstating the risks of a potential spinoff, and such a step would generate an extra $25 billion to $35 billion in market value.

The Chinese insurer's holdings in HSBC took a hit from the bank's weak performance in recent years. HSBC's Hong Kong shares have fallen by 42% from their five-year peak in 2018, with a suspension in dividend payment two years ago dragging on Ping An's investment income.
Reporting by Selena Li; Editing by Anshuman Daga, Muralikumar Anantharaman and Jonathan Oatis