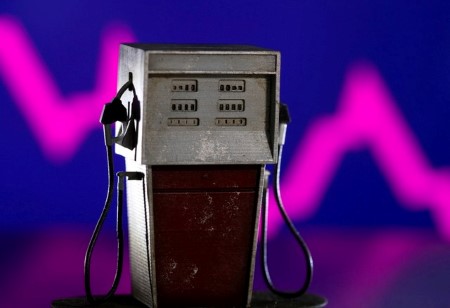 Aug 24 (Reuters) - Oil prices ended Wednesday higher after a volatile trading session on concerns that the United States will not consider additional concessions to Iran in its response to a draft agreement that would restore Tehran's nuclear deal - and potentially the OPEC member's crude exports.

Iran said it had received a response from the United States to the EU's "final" text for revival of Tehran's 2015 nuclear deal with major powers.

Oil was also supported after Saudi Arabia suggested this week that the Organization of the Petroleum Exporting Countries could consider cutting output, though bearish economic signals from central bankers and falling equities weighed.

OPEC sources later told Reuters that any cuts by the producer group and its allies, known collectively as OPEC+, are likely to coincide with a return of Iranian oil to the market should Tehran secure a nuclear deal with world powers.

A U.S. official on Monday said that Iran had dropped some of its main demands in negotiations to resurrect a deal to rein in Tehran's nuclear programme.

OPEC+ is already producing 2.9 million barrels per day less than its target, sources said, complicating any decision on cuts or how to calculate the baseline for an output reduction.

"The oil price and supply outlook suggest that an OPEC+ cut is not currently warranted," PVM analyst Stephen Brennock said.