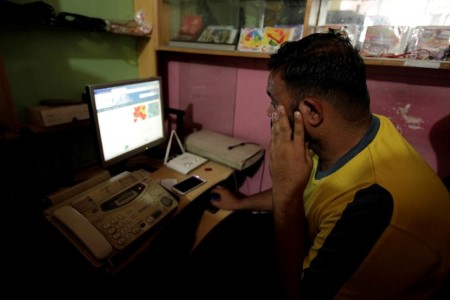 ISLAMABAD, Aug 19 (Reuters) - Key Pakistani telecom operators reported that internet connectivity was down in some regions, including major urban centres, on Friday, while the country's telecom regulator said it was investigating the issue.

State-owned Pakistan Telecommunication Company Ltd's (PTCL) PTCA.PSX optical fiber network was experiencing faults and so users in northern and central regions of the country were facing an outage, it said in a tweet.

"Due to heavy rains and floods, PTCL's optical fiber network is experiencing some technical faults," it said, adding it was working to restore services as a priority.

PTCL's problems had a knock-on effect on other service providers, including cellular data.

Telenor Pakistan, backed by Norway's Telenor TEL.OL , said its internet network was down due to a network issue at its internet service provider.

Pakistani users posting on social media complained of other telecom providers being down too, but there was no official statement acknowledging the outage from companies other than Telenor.