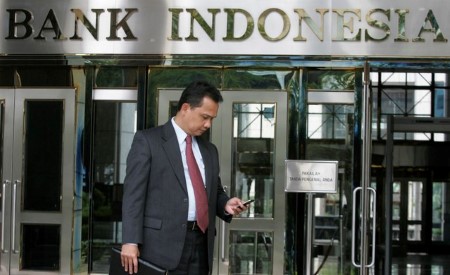 Most analysts surveyed by Reuters had expected BI to stand pat, with a significant minority - 11 of 27 economists - predicting a rate hike. The last time BI raised its key rate was in November, 2018.

Its two other main rates were also lifted by the same amount.

The decision to raise rates was taken to pre-empt the risk of rising core inflation and to strengthen the rupiah's stability, Governor Perry Warjiyo said in an online news conference.

The government is considering raising subsidised fuel prices, which would intensify pressure on inflation that is already at a seven-year high of 4.94% in July, above BI's 2% to 4% target.

Radhika Rao, senior economist at DBS Bank, said the rate rise was to front-run a potential increase in subsidised fuel prices as well as to anchor inflationary expectations.

"As the central bank sets the ball rolling, we retain our expectations of at least 50 bp more hikes by end-2022, with risks of a larger magnitude of increase if energy subsidies are cut."

This year's energy subsidy budget has been tripled to 502 trillion rupiah ($33.7 billion), funded by windfall revenues from commodity exports, but Finance Minister Sri Mulyani Indrawati has said this would not be enough to keep fuel prices unchanged until the year-end.

BI cut rates by 150 basis points and injected billions of dollars into the financial system during the COVID-19 pandemic. It has begun to tighten liquidity this year.

Indonesia's economic growth accelerated to 5.4% in the second quarter, bolstered by strong exports and improving consumption after the easing of mobility curbs earlier this year. ($1 = 14,885.0000 rupiah)
Reporting by Gayatri Suroyo, Fransiska Nangoy and Stefanno Sulaiman; Editing by Kanupriya Kapoor and Jacqueline Wong