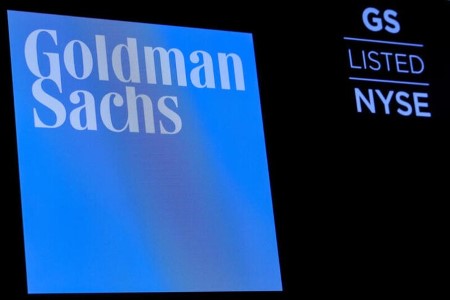 BOSTON, Aug 23 (Reuters) - Goldman Sachs ranked as the top financial adviser to companies targeted by activist investors in the first six months of 2022, holding onto the same spot it held in the first half of 2021, according to Refinitiv data published on Tuesday.

During the first half, Goldman advised on 32 campaigns, including Twitter TWTR.N , which received a takeover bid from Elon Musk, Kohl's KSS.N , which won a proxy contest against Macellum Advisors, and FedEx FDX.N . In the first half of 2021, the bank advised on 41 campaigns, according to Refinitiv.

After Goldman, JP Morgan JPM.N ranked second among advisers, with 25 campaigns including Southwest Gas SWX.N when Carl Icahn made demands and toymaker Hasbro which faced new activist Alta Fox. A year ago JP Morgan tied for the second spot with Bank of America BAC.N with both banks advising on 21 campaigns.

Spotlight Advisors, Morgan Stanley MS.N and Bank of America trailed behind Goldman and JP Morgan as financial advisers in the first half of 2022, the data show.

Among law firms which often work very closely with banks to fend off activist investors like Carl Icahn, Elliott Management and Starboard Value, Sidley Austin was the most favored by corporations, the data show.

Olshan Frome Wolosky, which works only for activists, was the busiest law firm with 37 campaigns. Sidley had 19 campaigns to beat out Vinson & Elkins LLP and Latham & Watkins.

Various providers compile league tables that are often used to try and win new clients. But these seldom tell the entire story, bankers say, noting that discrepancies can arise because many companies fend off activists privately and ask their advisers to stay silent about their involvement.
Reporting by Svea Herbst-Bayliss; Editing by David Gregorio