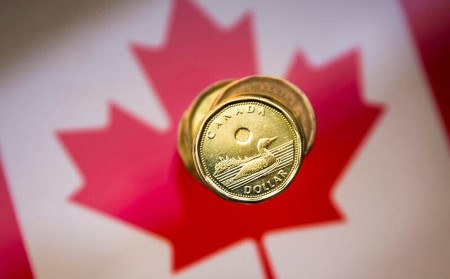 Canadian dollar weakens 0.2% against the greenback

TORONTO, Sept 22 (Reuters) - The Canadian dollar weakened to its lowest level in more than two years against its U.S. counterpart on Thursday as a wave of central bank interest rate hikes added to concern about the global economic outlook.

Benchmark U.S. Treasury yields climbed to an 11-year high and Wall Street fell as central banks, including the Bank of England, continued raising interest rates in a fight against inflation that could trigger a recession.

It follows the Federal Reserve's move on Wednesday to hike by three-quarters of a percentage point and signal further large increases to come.

Canada is a major producer of commodities, including oil, so the loonie tends to be sensitive to shifts in investor sentiment.

"Equity market trends remain the most important determinant of the CAD's performance in the short run," Shaun Osborne, chief currency strategist at Scotiabank, said in a note.

Canada's retail sales data for July, due on Friday, could help guide expectations for further tightening from the Bank of Canada.

Canadian government bond yields were higher across a steeper curve, tracking the move in U.S. Treasuries.